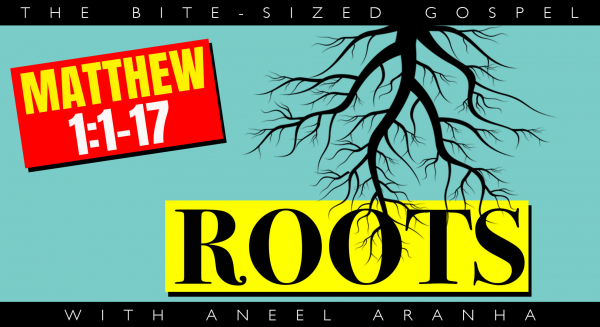 I’m pretty sure many of you are probably wondering why Matthew would start his gospel with a long genealogy, instead of getting straight into the action like Mark did, or beginning with a tale of two miracle births like Luke did, or have the operatic opening of John (In the beginning was the Word). The reason is because genealogy was very important to the Jewish people who were Matthew’s main audience.

Let us see what we can learn from what Matthew writes. He begins by writing: “An account of the genealogy of Jesus the Messiah, the son of David, the son of Abraham.” He introduces Jesus straight off the bat as the Messiah, the long-awaited Savior, then links him to the line of David and Abraham. Being of the line of Abraham places him in the nation. Being of the line of David puts him on the throne. Establishing this shows his Jewish readers that Jesus is from the lineage that has been prophesied about so many times.

Then we see that Matthew arranges his genealogy in three sections of fourteen. One reason for this was undoubtedly as an aid to memorization. Yeah, seriously. People in those days didn’t find genealogies boring; they would actually be able to recite their own genealogies back to Jacob whose sons led the twelve tribes of Israel.

A second reason for this arrangement is to highlight the importance of David in this genealogy. The numeric value of the Hebrew name David is 14. Numbers play an important role in Scripture, as we will see as we go along.

Now, there are quite a few lessons we can learn from this genealogy. One is the overriding providence of God. He doesn’t play by the rules of man and you will see how time and time again, it is he who chooses who comes in the line, sidelining those who should have been there. He chooses Abraham to start the line, but then Isaac, not Ishmael is chosen to continue it. Again, it is Jacob, not first-born Esau that continues the line. David, too, was not the oldest in his family.

Another thing we learn is about the grace of God. Five women are included in this genealogy (see if you can spot them all), four of whom were Gentiles. And three of them guilty of sexual immorality. This signifies the gospel is for everybody, male and female, Jew and Gentile, rich and poor. And, of course, most importantly, for the sinner.

And, finally, we learn that God keeps his promise. Remember way back in Genesis he said that the seed of the woman would crush the head of serpent. Well, here he was: Jesus Christ, redeemer of the world.

So. Not so boring after all, right?