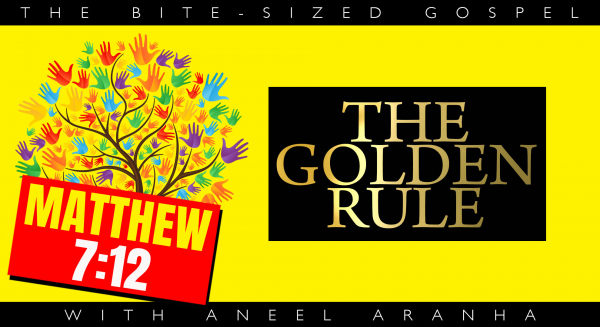 Jesus said, “So in everything, do to others what you would have them do to you, for this sums up the Law and the Prophets.”

One: Treat others as you would have them treat you. We are generally very egoistic and self-centered. Unless we consciously decide to die to ourselves, as Christ tells us, we are the center of our universe. Consequently, we expect everybody to treat us with respect. However, we often disrespect others, looking down upon them in disdain or scorn. How can we expect respect if we don't extend it? If we were to treat others with respect, we are more likely to receive it. And when we do this, we also begin to die to ourselves, so it's like killing two birds with one stone. This applies to everything in life: mercy, forgiveness, you name it!

Two: Put into something what you would want to take out of it. This is especially good advice when it comes to relationships. We often expect a lot from the person we are in a relationship with, whether it is affection or affirmation. Well, we will get what we put in. The more affectionate and affirming we are to someone, the more likely they will be affectionate and affirming to us. If this doesn't work, then there are in self-centered mode! Make them read (or watch) this reflection!

Three: Don't do anything to someone that you wouldn't have them do to you. This is the negative side of the argument, but perhaps even more important than the positive side. We often believe that we can do whatever we want, usually bad stuff, and get away with it. But the saying, "what goes around, comes around," is very true. Jesus says we will reap what we sow, and we do. If we break somebody's heart, it is almost certain that someone will break ours, and the pain will be ten times worse!

So, let us do to others what we would have them do to us. And make the world a better place.