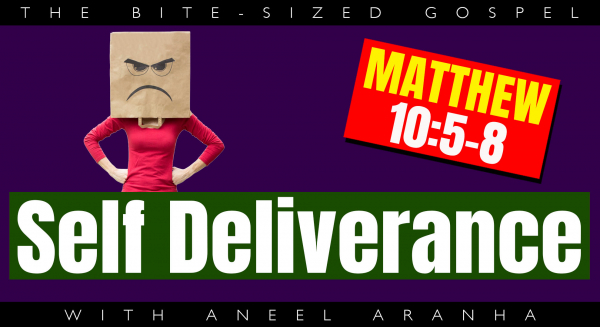 These twelve (apostles) Jesus sent out with the following instructions: “Do not go among the Gentiles or enter any town of the Samaritans. Go rather to the lost sheep of Israel. As you go, proclaim this message: ‘The kingdom of heaven has come near.’ Heal the sick, raise the dead, cleanse those who have leprosy, drive out demons. Freely you have received; freely give.

This is the only time in the gospel of Matthew that the twelve men Jesus chose to be with him are referred to as apostles. They were an assorted lot, and the only thing they had in common was a certain “ordinariness.” None of them came from privileged backgrounds; none of them were people of status. They were very regular folk, yet Jesus chose them, perhaps as a sign to all of us that he can use just about anyone to grow his kingdom here on earth, and the less “special,” the better.

Why? Because he would make us special. After calling the twelve to follow him, he gave them authority to cast out unclean spirits and to heal sicknesses and diseases. The authority to proclaim the good news is accompanied by the authority to heal and deliver, which is something all the faithful should pay heed to, especially those who shepherd the church.

We can all exercise this power, and *should* exercise it, especially with ourselves. Those of us who constantly battle with our internal demons, those little niggly fellows whose sole job is to torment us, would do well to listen to this. The method is simple, and the result depends on only one thing: faith.

This is what Jesus says: “Have faith in God. Truly I tell you, if anyone says to this mountain, ‘Go, throw yourself into the sea,’ and does not doubt in their heart but believes that what they say will happen, it will be done for them. Therefore I tell you, whatever you ask for in prayer, believe that you have received it, and it will be yours”. That’s Mark 11:22-24.

Now, have you noticed how often we speak *about* our problems? When we speak about our problems, we amplify them, making them bigger than they actually are. Believe our God is bigger and greater, so in his name, speak *to* your problems and tell them to go drown themselves in the sea. And see what happens! It will be done as you believe it will.

If you want to tell demons to get out of your life, it might be easier to do it in front of a mirror. So, go on - do it now! :)