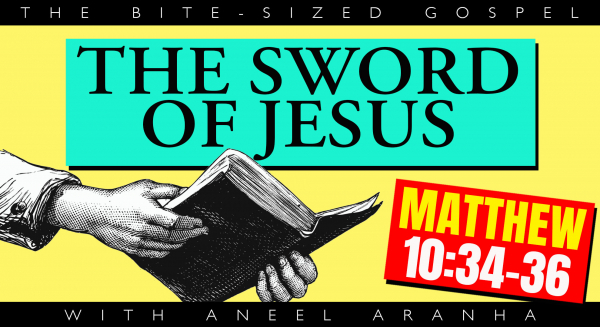 “I have not come to bring peace on earth, but a sword.” For someone who is the ultimate poster boy of love and peace, all this talk about bringing the sword and turning family members against each other sounds very militant of Jesus. But if one looks at the gospel in its historical context, we can see that it is precisely what Jesus did.

When Jesus spoke about carrying the cross, he wasn’t speaking about carrying life’s burdens, he was speaking about death, and in case anybody wasn’t clear about this, he clarified: “Those who lose their life for my sake will find it.” These days, where complacency reigns and apathy abounds, where the faith is taken for granted, it is easy to forget that Christianity grew on the blood of the martyrs. People were not afraid to stand up for Christ and the truths he declared.

Today, these truths are being subverted under the guise of inculturation and other such abominations by the people whose duty is to protect them. The faithful are either too intimidated by their leaders or simply too lazy to cry “Heresy!” We bow before pagan idols, even welcoming them into our places of worship. We read from texts from other religions in our services, granting them the same status as Scripture. We introduce students to heathen practices cloaked under the guise of physical fitness. And an entire body of believers remains mute.

Let me quote Jesus again: “Do not suppose that I have come to bring peace to the earth. I did not come to bring peace, but a sword.” Let us turn our eyes to Scripture again, which Paul refers to as the “sword of the Spirit” (see Ephesians 6:17). It will divide the faithful from the heretics, but that is what the sword is for. In words that we might be familiar with, Scripture declares: For the word of God is alive and active. Sharper than any double-edged sword, it penetrates even to dividing soul and spirit, joints and marrow; it judges the thoughts and attitudes of the heart” (Hebrews 4:12). We might not be as familiar with what follows, so listen: Nothing in all creation is hidden from God’s sight. Everything is uncovered and laid bare before the eyes of him to whom we must give account.