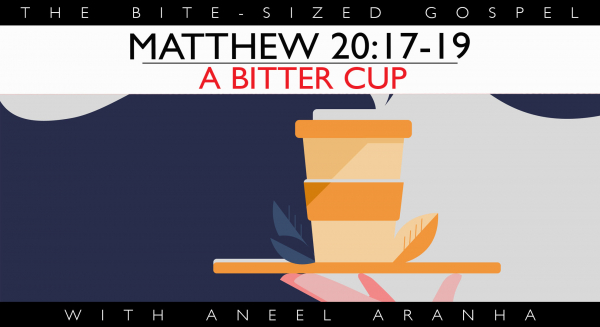 Now Jesus was going up to Jerusalem. On the way, he took the Twelve aside and said to them, “We are going up to Jerusalem, and the Son of Man will be delivered over to the chief priests and the teachers of the law. They will condemn him to death and will hand him over to the Gentiles to be mocked and flogged and crucified. On the third day he will be raised to life!”

This is the third time Jesus describes what will happen to him when he reaches Jerusalem. It’s clear that Jesus fully knew who he was and why he had come to earth, but what’s not so clear is how he felt about it. Did he tell his apostles about his fate to prepare them or seek comfort and encouragement? Or was there another reason?

We are all curious about what the future holds in store for us. It is undoubtedly why many of us get our palms read, our horoscopes told, play with ouija boards, and do other stupid things to find out what lies ahead of us. Let us imagine that you discover you are going to be betrayed by a close friend and abandoned by all the others, then handed over to enemies who will torture you before killing you in a terrible manner. How would you feel?

We often think that The Passion described Jesus’ most painful moments, but he cannot have been very happy in the years preceding it, knowing what was to come. What must he have thought every time people tried to kill him, thinking that these were the people he had come to save? Did he ever wish he could fulfill a different destiny? We know that he did because we hear his anguish in the Garden of Gethsemane, where he cried: “Father, if you are willing, take this cup from me!” (Luke 22:42).

But then he added: “Yet not my will, but yours be done.” One thing that overrode his desire to escape his destiny was the desire to please his Father and be obedient to him. “My food,” Jesus once said, “is to do the will of him who sent me and to finish his work” (John 4:34). So, why did Jesus talk about his impending fate to his apostles?

I know we don’t like it, but let’s walk in imitation of Christ no matter the consequences and make Jesus’ prayer our own. “Father, if you are willing, take this cup from me; yet not my will, but yours be done” (Luke 22:42).